“Are We Overdiagnosing and Overtreating ADHD?” – Part Two— ADHD Tip O the Day 786

More from the recent ADHD article in Psychiatric Times

To diagnose ADHD formally in children requires at least 6 of 9 inattentive symptoms and /or at least 6 of 9 symptoms of impulsivity and hyperactivity, present in two or more environments, evident before age 12, not accounted for by other conditions, and        “…clear evidence that the symptoms interfere with, or reduce the quality of, social, academic, or occupational functioning.”

Thus, there are tight rules for making the diagnosis and not just saying someone is a problem in the classroom.  The “let the children be children” advocates don’t know what they’re talking about.  Johnny is failing his classes, spending a lot of time in the principal’s office, shunned or teased or bullied by the other kids, losing his homework if he did it at all and at times his whole backpack, and is a source of extreme frustration to his parents.  Annie is daydreaming through class, barely passing, and largely ignored because she doesn’t cause any trouble.

To make the diagnosis in adults,  the criteria are the same, but only five symptoms are required.

Most adult ADHDers  have less dramatic hyperactivity and impulsivity.  But life is still hard. We need strategies.  And often medication.

In addition, before diagnosing, a good evaluation would include historical data, a rating scale, DSM criteria and additional information from at the least one other person who knows the patient well.  This often does not happen.

Most diagnoses are made by primary care physicians who do not have the training, and more importantly, do not have the time, for this.  They are more likely than psychiatrists to quickly start patients on medication without first starting psychosocial interventions.

I agree with the need for a good evaluation, but sometimes just getting the story and observing the patient in an interview are enough to make the diagnosis pretty clear.  I did also use a rating scale, usually more to help convince the patient more than myself, and got outside information when possible. The recommendations can be impracticable, given the limited time most physicians have and the lack of enough psychiatrists to meet the need.  One recommendation was that the physician go to observe the child in the classroom. Oh, my.

Many psychologists are better trained to make the diagnosis than many physicians, even many psychiatrists, but may lean too far away from recommending medication since most can’t prescribe. Many well trained ADHD coaches could make the diagnosis, although they are not supposed to.

I think most people with ADHD deserve at least a trial of medication to see how it works for them.

The rate of children being diagnosed with ADHD, and often treated with medication, is rising.  There are many possible explanations for this, which I will try to address next time.  Maybe.  This post is already longer than I’d intended.

News O the Day of Interest to No One But Me:

My iPhone arrived Monday morning.  I really missed it. 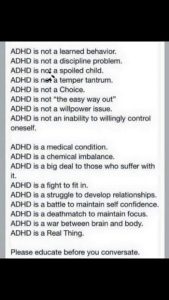 Who needs an eulogy? Won’t it will be a little too late? 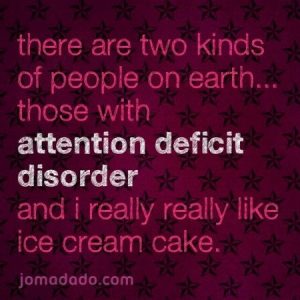 There are two kinds of people, those with ADHD and when I eat ice cream sometimes I get a headache. 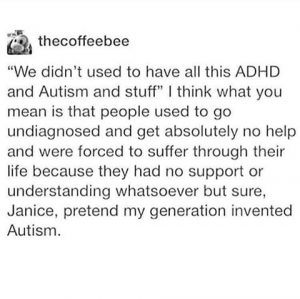 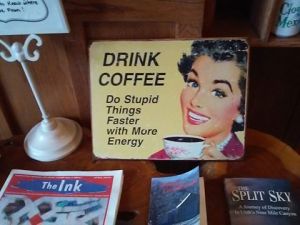 I am a psychiatric physician. I learned I have ADHD at age 64, and then wrote two ADHD books for adults, focusing on strategies for making your life better. Your Life Can Be Better; strategies for adults with ADD/ADHD available at amazon.com, or smashwords.com (for e books) Living Daily With Adult ADD or ADHD: 365 Tips O the Day ( e-book). This is one tip at a time, one page at a time, at your own pace. It's meant to last a year. As a child, I was a bully. Then there was a transformation. Now I am committed to helping people instead abusing them. The Bully was published in January, 2016. It's in print or e book, on Amazon.
View all posts by doug with ADHD →
This entry was posted in add, ADD problems or symptoms, adhd, ADHD problems, controversies, controversy, diagnosis, dysfunctions, educate yourself, medication, medicine, science and tagged @addstrategies, @adhdstrategies, @dougmkpdp, ADD, ADD problems, ADD symptoms, ADHD, ADHD problems, ADHD symptoms, adult, adult add, adult adhd, attention deficit, controversies, controversy, cope, coping, coping with ADD, coping with ADHD, living with ADD, living with ADHD, problem, Problems, strategy, symptoms, Your Life Can Be Better. Bookmark the permalink.

9 Responses to “Are We Overdiagnosing and Overtreating ADHD?” – Part Two— ADHD Tip O the Day 786