“Are We Overdiagnosing and Overtreating ADHD?” – Part Three, the Last and Maybe the Best— ADHD Tip O the Day 788

My opinions and comments are in italics. For what they’re worth.

Of those diagnosed, 69% were treated with medication—6.1% of US children.

There seems to be a generally increasing prevalence of ADHD in the US. This upward trend may reflect better public and medical education and awareness of the disorder,  increasing recognition of the inattentive subtype, environmental factors such as pollution, prematurity, and food additives, although no clear relationships have been established.  This will not, however, stop some people from having very definite opinions.

There are also realistic concerns that the increasing prevalence of ADHD may be artificial and reflect poor diagnostic practices and that treatment that is increasingly reliant on medication. When child and adolescent psychiatrists  evaluate children, they are less likely to initiate medication management immediately upon diagnosing ADHD. But child and adolescent psychiatrists represent a small percentage of clinicians, and the vast majority of ADHD cases are identified and treated by primary care practitioners.

• DSM criteria were not universally documented

• 93.4% of patients with a diagnosis of ADHD were treated with medication

• Only 13% received any form of psychosocial intervention

Although rating scales are  sensitive, they lack specificity, leading to a high false-positive rate for the disorder. Rating scales must therefore be combined with a comprehensive assessment of patients, and in the case of children, their parents.

Obtaining information about symptoms in multiple environments with the use of multiple informants is critical. For example, it is good clinical practice to interview teachers and, at times, conduct observations in the classroom before making a diagnosis. This is ridiculous, given the time pressure on physicians.

Meticulous assessment for ADHD reduces misidentification of the condition when symptoms are caused by another disorder, such as a mood, anxiety, substance use, learning, or disruptive behavior disorder. Conditions that frequently co-occur with ADHD must be a focus of treatment as well.

All true, but of equal concern is the number of undiagnosed and untreated children and adults who suffer from ADHD. 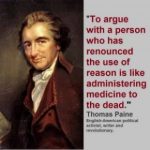 You don’t believe in ADHD?

Me and my computer – a strange love affair.

More about lists and ADHD.

I am a psychiatric physician. I learned I have ADHD at age 64, and then wrote two ADHD books for adults, focusing on strategies for making your life better. I just published my first novel, Alma Means Soul. Your Life Can Be Better; strategies for adults with ADD/ADHD available at amazon.com, or smashwords.com (for e books) Living Daily With Adult ADD or ADHD: 365 Tips O the Day ( e-book). This is one tip at a time, one page at a time, at your own pace. It's meant to last a year. As a child, I was a bully. Then there was a transformation. Now I am committed to helping people instead abusing them. The Bully was published in January, 2016. It's in print or e book, on Amazon.
View all posts by doug with ADHD →
This entry was posted in add, adhd, controversies, controversy, controversy, diagnosis, medication, medication, medicine, medicine, science and tagged @addstrategies, @adhdstrategies, @dougmkpdp, ADD, ADHD, adhd brain, adult add, adult adhd, attention deficit, brain, brain dysfunction, controversies, controversy, denial and ADHD, diagnosis, disorder, effects of diagnosis., facts about ADHD, ignorance about ADHD, life with ADHD, living with ADD, living with ADHD, medication, medicines, myths about ADHD, research and ADHD, science, science and ADHD, stimulants, Your Life Can Be Better. Bookmark the permalink.