Drives me up the wall.  Total ignorance of ADHD.  If the kid is floundering, it’s not just being a kid.

You don’t just label a kid that is active or is bothering you as “ADHD.”  They need to meet the ADHD criteria.  A good evaluation is important (for adults, too.)

Here’s a synopsis of the DSM criteria for ADHD (somewhat in my words):

six or more inattentive symptoms for at least 6 months to a degree inconsistent with developmental level and negatively impacts on academic/occupational activities, not due to other problems.

In other words, this kid is having problems.

six or more hyperactive and impulsive symptoms, for at least etc (as above).

Ditto- kid is having problems.

Hyperactive symptoms: often– fidgets taps squirms, can’t stay seated, runs or climbs when inappropriate (or on top of his desk, etc), cannot be quiet, on the go/driven/restless/trouble being still for long, talks excessively, blurts out, difficulty waiting, interrupts/intrudes.

several symptoms before age 12, in two or more settings, interfere with functioning. Not due to other problem.  For adults, it’s five symptoms.

In order to have the diagnosis of ADHD, a person needs to meet the criteria.

You can have inattentive, hyperactive, or mixed types (that’s me).  Females tend to inattentive, males to mixed.

Also drives me up the wall – “Well, so what?  I have some of those sometimes.”

DSM goes into much more detail with good examples but this is too long and I have difficulty with sustaining attention and with sitting still and I have to correct too many careless mistakes .

Here’s the link to the whole DSM magillah

I try not to punch them. Jail is not pleasant. 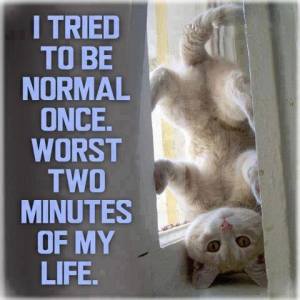 Its not ADHD, he’s just being a normal kid – in detention, expelled, flunking, ostracized, etc.

ADHD doesn’t lack focus, just has no control of it.

I am a psychiatric physician. I learned I have ADHD at age 64, and then wrote two ADHD books for adults, focusing on strategies for making your life better. I just published my first novel, Alma Means Soul. Your Life Can Be Better; strategies for adults with ADD/ADHD available at amazon.com, or smashwords.com (for e books) Living Daily With Adult ADD or ADHD: 365 Tips O the Day ( e-book). This is one tip at a time, one page at a time, at your own pace. It's meant to last a year. As a child, I was a bully. Then there was a transformation. Now I am committed to helping people instead abusing them. The Bully was published in January, 2016. It's in print or e book, on Amazon.
View all posts by doug with ADHD →
This entry was posted in add, ADD problems or symptoms, adhd, ADHD problems, attitudes, controversies, controversy, diagnosis, dysfunctions, educate yourself, science and tagged @addstrategies, @dougmkpdp, ADD, ADHD, adult add, adult adhd, argument, arguments, attention deficit, controversy, criteria, diagnosis, disagree, disorder, dsm, dsmV, ignorance, living with ADD, living with ADHD, misconceptions, Your Life Can Be Better. Bookmark the permalink.