My patient sat with her head down, looking morose. I asked her why. “I’m defective,” she answered.” Just defective.”

“Well, I have anxiety disorder and phobias. I’m just defective.

I tried reassurance. “You’re not defective; you just have some problems.”

“Well, those are psychiatric problems. They’re diagnoses. So I’m defective.”

I took a chance. “Well, I have ADHD. Does that mean I’m defective?”

She thought a moment. “No, you’re not defective.”

“Because you’ve mastered it.”

“No, I don’t think I’ve mastered it. I think I’ve just learned to cope with it.”

“Well, you’re a lot more successful than I am.”

“I guess that’s true. At least so far. But if I’m not defective, neither are you.”

She sat and looked at the floor, morose as ever.

Later, I reflected.  I hadn’t come up with any brilliant answers. It didn’t seem like I’d been any help.  Then I realized, she is defective. And so am I. And if you’ll pardon me for saying, so are you, aren’t you?

Who is perfect? Isn’t that what defective means, not perfect? I’ll  try this line next time we meet. Although to be honest, I’m not that optimistic. It’s not easy to change peoples’ thinking.

But ADHD is an official disorder. A psychiatric diagnosis. A malfunction of our brains. Not just a difference, but since it so much interferes with our  functioning in life, a malfunction.

We are all defective. We need to learn how to cope. Strategies. And for most of us, medication helps. So let’s just embrace our defectiveness and move on.

Medication for Children (or Adults)?

You pee on a jellyfish sting, not on a jelly stain.

My apologies to the the waitress the Waffle House. 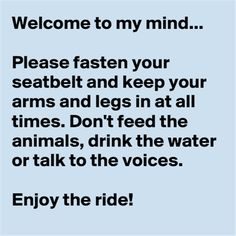 I am a psychiatric physician. I learned I have ADHD at age 64, and then wrote two ADHD books for adults, focusing on strategies for making your life better. Your Life Can Be Better; strategies for adults with ADD/ADHD available at amazon.com, or smashwords.com (for e books) Living Daily With Adult ADD or ADHD: 365 Tips O the Day ( e-book). This is one tip at a time, one page at a time, at your own pace. It's meant to last a year. As a child, I was a bully. Then there was a transformation. Now I am committed to helping people instead abusing them. The Bully was published in January, 2016. It's in print or e book, on Amazon.
View all posts by doug with ADHD →
This entry was posted in add, ADD problems or symptoms, ADD strategies, adhd, ADHD problems, ADHD strategies, attitudes, controversy, dysfunctions, educate yourself, educate yourself, medication, medication, medicine, research, science, strategies and tagged @addstrategies, @adhdstrategies, @dougmkpdp, ADD, ADD problems, ADD symptoms, ADHD, adhd blog, adhd book, ADHD problems, ADHD symptoms, adhs blogs, adult add, adult adhd, attention deficit, book, coping with ADD, coping with ADHD, defect, defective, disorder, dsm, dsm V, dysfunction, illness, living with ADD, living with ADHD, miswired, Problems, strategies, strategy, symptoms, tips, Your Life Can Be Better. Bookmark the permalink.