There are many different ways to look at ADHD:

Some people deny that it exists. The fact that they have no idea what they are talking about does not deter them.

Some people say it is an executive dysfunction problem. I think that is one part of ADHD.

Some focus on the neurotransmitters (norepinephrine, dopamine), some on structure (basal ganglia, cerebellum), and some on networks (connecting amygdala, hippocampus, frontal cortex, cerebellum). I think it is all of these.

Dr. William Dodson, an expert on ADHD who I highly respect, has a different view from mine, regarding the basic symptoms and dysfunctions:

from dr dodson  on the three main features of ADHD

I see ADHD is a neurodevelopmental disorder, highly genetic, present from conception, with differences in the networks, structures, and neurotransmitters. To me, the main issue is lack of control of focus, and that our “focus center” is not turned on in the same way as the vanillas. This basic feature causes a number of problems, which themselves cause other problems or symptoms, such as rejection sensitivity due to shame and low self-esteem, for example, which is caused by our frequent screwing up and the resulting criticism from others and from ourselves. 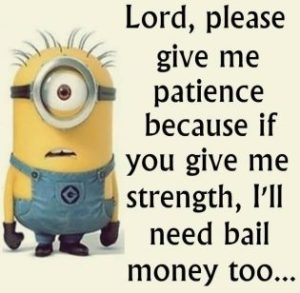 Sometimes it drives me up the wall. Or beyond.

What is it really, ADHD?

You think what about ADHD?

I am a psychiatric physician. I learned I have ADHD at age 64, and then wrote two ADHD books for adults, focusing on strategies for making your life better. I just published my first novel, Alma Means Soul. Your Life Can Be Better; strategies for adults with ADD/ADHD available at amazon.com, or smashwords.com (for e books) Living Daily With Adult ADD or ADHD: 365 Tips O the Day ( e-book). This is one tip at a time, one page at a time, at your own pace. It's meant to last a year. As a child, I was a bully. Then there was a transformation. Now I am committed to helping people instead abusing them. The Bully was published in January, 2016. It's in print or e book, on Amazon.
View all posts by doug with ADHD →
This entry was posted in add, ADD problems or symptoms, adhd, ADHD problems, controversies, controversy, controversy, dysfunctions, educate yourself, educate yourself, research, science and tagged @addstrategies, @adhdstrategies, @dougmkpdp, ADD, ADD problems, ADD symptoms, ADHD, ADHD problems, ADHD symptoms, adult add, adult adhd, attention deficit, causes, causes of ADHD, controversies, denial and ADHD, denial of ADHD, diagnosis, dysfunctions, facts about ADHD, focus, focus in ADHD, ignorance about ADHD, life with ADHD, medication, medicines, myths about ADHD, Problems, research, research and ADHD, science, science and ADHD, symptoms, symptoms of ADHD, theories. Bookmark the permalink.