Lots of important research comes from Scandinavia because they apparently keep very good detailed statistics on everyone from birth to death. That is a very valuable bank of data, but the concept probably would not go over well here. Anyway,a recent study  found that ADHD patients had significantly higher rates of both attempted and completed suicide and higher mortality rate in general, with accidents being the most common cause of death.
Previous research did not produce surprises – we have an increased proclivity to risk-taking behaviors, substance abuse, criminality, and risky sexual behavior, as well as accidents. It all fits together.
The important finding is that ADHD patients taking medication still had increased risk over vanilla’s, but a significant reduction of risk compared to ADHD patients without medication.

Everyone with ADHD, especially children, deserves a trial of medication. Medication doesn’t help everyone and not everyone can take it, because some get side effects. For some, medication is a life-changing miracle; for many, it is just a very significant help. I think it is always worth a try.

A study from Amsterdam showed that boys with ADHD significantly improved their sleep with Ritalin. They fell asleep earlier, quicker, and slept longer, compared to their findings before the Ritalin and compared to control boys who did not get Ritalin.
As you can see, this is important because sleep difficulties are a significant symptom with ADHD and poor sleep makes symptoms and general health worse and parents often are concerned that Ritalin will interfere with their child’s sleep.
The study indicated that the child needed to be on Ritalin for eight weeks before the positive effects on sleep were clearly significant.

Another Silly Life with ADHD Story

It was time to take the dog for a walk and it was cold outside. Really cold. So I wanted my sweater in addition to my jacket. But of course, I couldn’t find my sweater. Looked everywhere that it might possibly be. No sweater. Looked everywhere that it couldn’t possibly be. No sweater.
Gave up. Started to put on my jacket. Found my sweater. I was wearing it under my shirt.
What?!?
Actually, in retrospect, I can explain that, I think. But why bother? 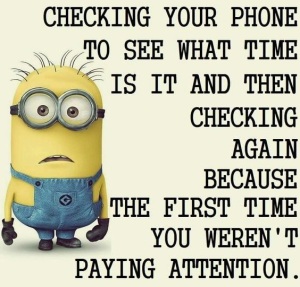 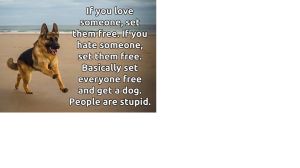 We all need a dog

I am a psychiatric physician. I learned I have ADHD at age 64, and then wrote two ADHD books for adults, focusing on strategies for making your life better. Your Life Can Be Better; strategies for adults with ADD/ADHD available at amazon.com, or smashwords.com (for e books) Living Daily With Adult ADD or ADHD: 365 Tips O the Day ( e-book). This is one tip at a time, one page at a time, at your own pace. It's meant to last a year. As a child, I was a bully. Then there was a transformation. Now I am committed to helping people instead abusing them. The Bully was published in January, 2016. It's in print or e book, on Amazon.
View all posts by doug with ADHD →
This entry was posted in add, ADD problems or symptoms, ADD strategies, adhd, ADHD problems, controversies, controversy, medication, medicine, research, science and tagged @addstrategies, @dougmkpdp, ADD, ADD problems, ADD symptoms, ADHD, ADHD problems, adhd research, ADHD symptoms, attention deficit, controversies, controversy, coping, coping with ADD, life with ADHD, living with ADHD, medication, medications, Problems, ritalin, stimulants, Your Life Can Be Better. Bookmark the permalink.