Getting Diagnosed with ADHD – and Life Before the Diagnosis. Part 2— ADHD Tip O the Day 729

“Hi Doug. I have a different perspective from Ram’s that I thought I’d share. And my reaction to realizing I had ADD was more similar to yours. I learned I had ADD just a few years ago, when I was about 25 years older than Ram. I had been to see several neurologists in an attempt to learn the cause of my frequent migraines and memory problems. Unfortunately, these doctors only appeared interested in treating my migraines. I ended up self-diagnosing myself with ADD, although I don’t remember exactly when this was, or how it happened. I just remember that it was as though I had just solved a very difficult puzzle after the pieces just happened to come together and I had an eureka moment!

Realizing I had ADD, and learning many of the tips for living with ADD, has made my life much easier. I have many of the classic symptoms, quite a few of which you’ve described as having yourself, Doug. I didn’t get upset upon learning I had ADD, just happy that I finally knew what was causing many of my problems. And maybe it was for the best that I didn’t learn I had ADD when I was in school, because perhaps I would have thought I was unable to accomplish some of the things that I DID accomplish. I graduated from college, but had many difficulties caused by ADD. Not only was I a slow reader, but I found it difficult to study, etc. So, to combat these problems, I just worked harder than other students. Unfortunately, my social life suffered, as I had much less time to devote to having fun.

However, instead of being upset over the problems I’ve had due to my ADD, I try to focus on making my life better in the future. It’s a long process, but I find it a challenge to learn new tactics to combat the effects ADD has on me.”

Comment:  Many physicians don’t understand ADHD, but unfortunately, many don’t understand that they don’t understand. We have many tools to help self-diagnose, which is a good first step, but the diagnosis needs to be confirmed by a knowledgeable professional. There are other conditions that can mimic ADHD.

Sometimes when we get the diagnosis, it is “Eureka” – everything suddenly makes sense. Then we can start identifying problems and using strategies which will make our life better. We can also try medication, which sometimes can be a miracle, and sometimes not.  There are a number of symptoms characteristic of ADHD and different ones of us may have different combinations, so we are each unique, but we all have a lot in common.

Many of us have accomplished a lot, but with many difficulties and having to work harder than the vanillas.

We need to learn to pay attention to the fact that we do have ADHD, and that we need to focus on coping and how to make our lives better.

Only those with ADHD can really know what it’s like.

So I don’t have to spend the day on facebook?

ADHD is ——What was I going to say?

Adhd and sleep- are you kidding me?

With ADHD we are creative – not always a blessing.

Is ADD ADHD different in women?

Some things are a little harder with ADHD 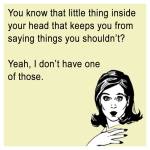 I am a psychiatric physician. I learned I have ADHD at age 64, and then wrote two ADHD books for adults, focusing on strategies for making your life better. I just published my first novel, Alma Means Soul. Your Life Can Be Better; strategies for adults with ADD/ADHD available at amazon.com, or smashwords.com (for e books) Living Daily With Adult ADD or ADHD: 365 Tips O the Day ( e-book). This is one tip at a time, one page at a time, at your own pace. It's meant to last a year. As a child, I was a bully. Then there was a transformation. Now I am committed to helping people instead abusing them. The Bully was published in January, 2016. It's in print or e book, on Amazon.
View all posts by doug with ADHD →
This entry was posted in add, ADD problems or symptoms, ADD strategies, adhd, ADHD problems, ADHD strategies, attitudes, diagnosis, distraction, dysfunctions, medication, medicine, procrastination, stimulants, strategies, studying and learning and tagged @addstrategies, @adhdstrategies, @dougmkpdp, ADD, ADD problems, ADD symptoms, ADHD, ADHD problems, ADHD symptoms, adult add, adult adhd, attention deficit, coping with ADD, coping with ADHD, diagnosis, effects of diagnosis., living with ADD, living with ADHD, medication, medicines, Problems, strategies, strategy, symptoms, tips. Bookmark the permalink.

6 Responses to Getting Diagnosed with ADHD – and Life Before the Diagnosis. Part 2— ADHD Tip O the Day 729