Examples of various ADD ADHD symptoms and their bad effects

One of our major symptoms is impulsiveness.  That leads to blurting out inappropriately.   It also leads to  making snap judgments of people, but that’s common with vanillas, too.

And we have trouble controlling our emotions.  On rare occasions, I get a brief high, feeling very good, almost silly, and get carried away with myself.  I’m pretty sure I’m not bipolar.

When I was a kid,  I was in that high state after we won a football game, feeling like a million dollars, ten feet tall.  A bowling game wouldn’t work and wouldn’t give me my quarter back, so I stole the disc.  That wasn’t like me at all.  Got in trouble.

As an adult, I was to be honored at a meeting, and was on a high.  I met a woman I liked who was in a position to be very helpful to me.  I asked her a very stupid silly joking question and lost any chance of further connection with her.

Similarly,  another woman I liked, and who could be helpful, started telling me of a painful situation she was in.  I wasn’t high, but I took the opportunity to pour out part of my sad story, on and on.  That was the end of the friendship.

I was introduced to a new addition to our family.  He made a really stupid inappropriate comment.  I wrote him off as a big jerk.  But over time, I got to know him better, and it turns out, he is a big jerk.

I was introduced to another guy, and he made a really stupid inappropriate comment. I wrote him off as a big jerk.  Much later, I was required to do some work with him.  I dreaded it.  It turns out, he’s an extremely nice guy.

We have trouble with social skills and relationships

Hope you had a blessed Thanksgiving. 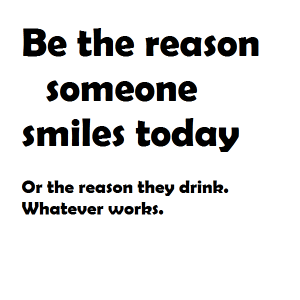 I am a psychiatric physician. I learned I have ADHD at age 64, and then wrote two ADHD books for adults, focusing on strategies for making your life better. Your Life Can Be Better; strategies for adults with ADD/ADHD available at amazon.com, or smashwords.com (for e books) Living Daily With Adult ADD or ADHD: 365 Tips O the Day ( e-book). This is one tip at a time, one page at a time, at your own pace. It's meant to last a year. As a child, I was a bully. Then there was a transformation. Now I am committed to helping people instead abusing them. The Bully was published in January, 2016. It's in print or e book, on Amazon.
View all posts by doug with ADHD →
This entry was posted in add, ADD problems or symptoms, ADD strategies, adhd, ADHD problems, ADHD strategies, dysfunctions, relationships, strategies and tagged @addstrategies, @adhdstrategies, @dougmkpdp, ADD, ADD problems, ADD symptoms, ADHD, ADHD problems, ADHD symptoms, adult add, adult adhd, attention deficit, blurting, coping with ADD, coping with ADHD, impulsive, impulsiveness, judgment, living with ADD, living with ADHD, memory, Problems, social, strategies, strategy, symptoms, tips. Bookmark the permalink.

Leave a Reply to The Bully Cancel reply