New York Times article, different take on willpower.  New research says that will power is not as limited as previously reported.  Now they say that people who believe that willpower is limited are easily depleted in willpower, but those that believe that it is not limited – that hard work gives you more energy to work harder, that resisting one temptation successfully gives you more strength to resist the next one-those people have more will power!  So it’s self fulfilling prophecy.  (They don’t specifically say anything about ADD or ADHD, but it seems to be a bigger issue for us).

Maybe the two different groups, who are using different tests to measure willpower, are not measuring the same thing? Anyway, the second group acknowledges that will power is not unlimited, but says that it can be increased.  I hope they are right; I need it.

have had few responses to the request for ideas

so far.  some good ones tho, will put them in 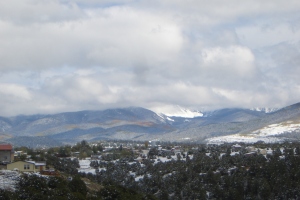 I am a psychiatric physician. I learned I have ADHD at age 64, and then wrote two ADHD books for adults, focusing on strategies for making your life better. Your Life Can Be Better; strategies for adults with ADD/ADHD available at amazon.com, or smashwords.com (for e books) Living Daily With Adult ADD or ADHD: 365 Tips O the Day ( e-book). This is one tip at a time, one page at a time, at your own pace. It's meant to last a year. As a child, I was a bully. Then there was a transformation. Now I am committed to helping people instead abusing them. The Bully was published in January, 2016. It's in print or e book, on Amazon.
View all posts by doug with ADHD →
This entry was posted in add and tagged ADHD, adult, attention, deficit, living with ADD, persistence, persistence and ADD, will;power and ADD, will;power and ADHD. Bookmark the permalink.